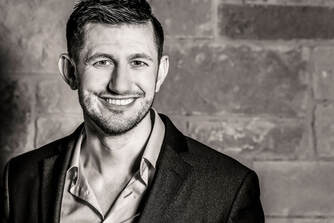 Dan is an active musical director, pianist, & educator in the Austin community and the owner of Dan Redner Music LLC where he teaches weekly piano lessons to 60+ students of all ages and levels of experience in addition to presenting various concerts and clinics to students at schools and universities.  Dan is active nationally as a contributing member to the Austin District Music Teachers Association (ADMTA), the Texas Music Teacher Association (TMTA), the Music Teachers National Association (MTNA), the Jazz Education Network (JEN), and the American Society of Composers, Authors and Publishers (ASCAP).  Recent performances include the National Broadway Tour of Disney’s the Little Mermaid and Disney’s Aladdin the Musical at Bass Concert Hall in addition to newly released albums The Heights Life and Redner/Durham/Parks Live to Two.

As a 2007 alumnus of Grand Valley State University (hometown of Grand Rapids, Michigan), Dan was a founding member of the New Music Ensemble (www.newmusicensemble.org).  Their album of Steve Reich’s composition Music for 18 Musicians, on the ‘Innova Recordings’ label in January 2007, was named among the top recordings of 2007 by the New York Times, L.A. Weekly, The Rest Is Noise, and New York Magazine while reaching the top of iTunes’ and Amazon’s classical charts and spending eleven weeks on Billboard’s top 25 classical crossover chart.  The ensemble performed at the 2007 “Bang on a Can” New Music Festival at the World Financial Center in New York City, and they have been featured on National Public Radio.

Additionally, Dan performed around the world over a period of six years for various companies within the cruise industry, including Royal Caribbean International, Norwegian Cruise Line, and the five-star luxury Azamara Cruises, directing various Broadway, revue, and cabaret shows in collaboration with a variety of outstanding entertainers.  In August 2011, Dan relocated to Austin, Texas in pursuance of a Master’s Degree in Jazz Studies & Performance from the Butler School of Music at the University of Texas at Austin, graduating in May 2013.  Dan can be seen and heard performing solo, with the Dan Redner Trio, the Gil Del Bosque Quintet, and with Austin’s premier 10-piece funk, soul, & Motown group the Matchmaker Band. 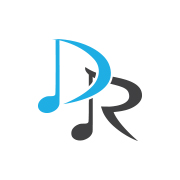